​​In his college years, Jared was gripped by stories of revival through Christians’ extraordinary gatherings in prayer. “If we will pray, might God do it again?” By God’s grace, he was able to start a prayer/evangelism group at Cal State Fullerton that turned into “Campus Revive,” a ministry bent on inspiring, gathering, and equipping Christian students to pray for revival and proclaim the Gospel on the frontlines of culture: the college campus.

His goal is to become a non-profit organization that develops prayer movements covering every campus in intercession, followed by evangelism movements blanketing the campus with the Gospel. Currently, Jared is directing the ministry with the help of an intern to stir and train local college students at Cal State Fullerton and Long Beach for prayer, revival, and evangelism. Jared is concurrently working on his M.Div part-time at The Master’s Seminary.

Here’s an interview with Jared from the “Ethos” series –

Due to the Covid-19 pandemic. All meetings are happening on Zoom.

Young adults gathering together in prayer with open hearts for God to begin a revival in their own hearts and on their college campuses.

Grace and peace from our good Lord,

Much has happened since last I wrote. Have you ever looked back on a season of life and realized some piece of what God was/is doing in your life? As I reflect upon the past few months, I am ashamed at my lack of thanksgiving and trust. He has been (I know right, it’s like He’s God or something) faithful! Again! Always! Never not! 100% consistency. Does it always turn out the way we expect or hope? No. Does it always turn out for our good and for His glory? Yes, yes it does. Yahweh’s ways are better than ours!

Here’s a small window into what I’ve been up to:

For God For Life Recap: 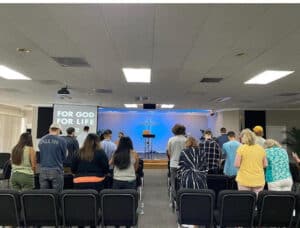 It’s been two months since “For God For Life.” I thank God for Mark Spence and his contribution to the church. We were all blessed by his presentation on the common pro-choice arguments, and how we can respond. Shortly after I was hearing one of those arguments from a young guy waiting in his car for his pregnant girlfriend inside. He didn’t seem to support abortion but said he would support his girlfriend in whatever choice she made. I helped him reason through that idea so he could see for himself that, if abortion was murder, it wasn’t right to support his girlfriend’s choice to have their baby executed.

What a joy to send out three other teams that day to stand for our Lord and for life. By God’s grace, we have started going to Planned Parenthood every Friday. Recently we met a new friend there who said she was willing to come to church! Please pray she does. 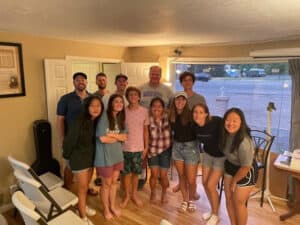 “So how do you know the Book of Mormon is true?”

“I prayed about it and God confirmed it was true.”

The LDS community is trained to say this. Moroni 10:4 says “I would exhort you that ye would ask God, the Eternal Father, in the name of Christ, if these things are not true; and if ye shall ask with a sincere heart, with real intent, having faith in Christ, he will manifest the truth of it unto you, by the power of the Holy Ghost.”

But there’s a problem with that very, very experiential apologetic.

“What about other religions? They have experiences too. How can we know which one is true?”

Josh had things to say, but he was scrambling. You could see the concerns etched on his face, nonverbally saying “I don’t know the answer to that.”

“The Bible says ‘test the spirits’ (1 John 4:1); we can be deceived, and so we need something objective to test an experience like that,” I’ll point out.

At this point my new friend was very uncomfortable as the ship of his worldview was leaking. My partner had the privilege of sharing the gospel with Josh, and our 40 minute conversation came to an end.

Several hours passed before we started our next activity: a free car wash for the community, and a gospel conversation for drivers waiting inside. Keep in mind, where we did the carwash was right across the street from the college we were witnessing at.

Several of us had signs signaling to drivers on the main road. My friend had been on the college side of the street by himself for an hour, so I decided to go and keep him company. We were posted by a car parked under some shady trees. Several minutes passed, and then I noticed a student walking towards us.

As he got closer it became undeniable that he was in fact the Josh I had just talked to. I put the pieces together and marveled at God’s providence: my friend had just so happened to pick the very place where Josh had parked his car.

I said hi and he took me up on the offer of a free car wash, where he had another gospel conversation with my partner from the first interaction.

Car washes, parked cars, gospel conversations; God is sovereign over it all! This is just one of the many conversations we had with Mormons in Utah. I hope to do this again very soon, stay tuned for that… 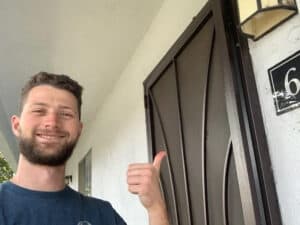 Those were the words of my new apartment manager when she told me a spot had opened up at Pacific Place, right across the street from Cal State Fullerton, and down the street from the frat house.

After months of searching and multiple disappointments, God opened the door for me to live down the street from my mission field, to be a neighbor to my own generation.

But I know just as well as you, that in the end C.T. Studd was right: “Only what’s done for Christ will last.” I’ve been given a new opportunity to magnify Christ, and I’m here to do it well. Thanks for standing with me.

For the King,
Jared Johnson

Revival in the hearts of college students

Our friends getting discipled and coming to our prayer meetings

An amazing semester of ministry

Our Board of Directors (Rob, Bob, Austin, Adam, Brandon, and myself)

A prayer group to form Mon-Thur at Cal State Fullerton 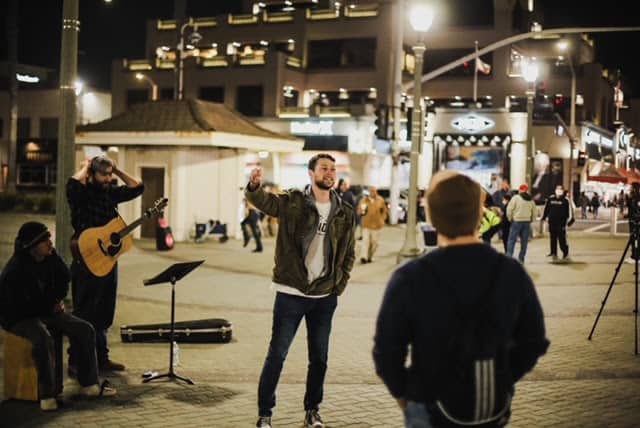